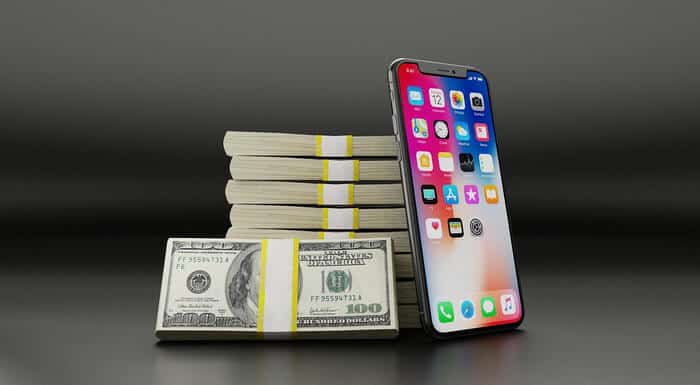 Apple shares ( NASDAQ: AAPL) closed on a record closing of 207.89 %. It reached as high as 208$. This epic feat achieved by Apple is by beating other rival companies like Amazon, Google Microsoft, and Facebook.

The iPhone maker company is earning record profits in even in the times of saturating smartphone market. Interestingly iPhone sales grew by just 1 %, but the margins were well over 20%. This profit is lead by the profitable streak of iPhone X and iPhone 8.

Apple is well ahead of its rivals regarding profits and customer satisfaction. But what made Apple Inc. such a fortune maker entity? Let us find out in our expert analysis of Apple.inc.

SUGGESTED READ:   List Of Best Reasons To Buy An iPhone.

Apple destined to be a trillion dollars company by experts for a long time. Its the vision of Steve Jobs and the sale craftsmanship of Tim Cook which took it to 1 trillion.

Given the dynamic nature of stock markets, it may not stay a trillion dollars goose for long. On the other hand, it may reach new heights as high as 250$ per share. Such  Chances are always high with the release of a new iPhone at the end of 2018.

Where Apple profits come from?

The primary source of income for Apple Inc is the selling of iPhones, iPads, and iPods and Mac computers. The Apple watch has been the most recent addition to this list.

Surprisingly the share of allied services has been a good source of revenue for Apple. Apple store, iTunes,  and cloud services represent a total of 40 billion dollars in revenue.

Diversity in the sources of income has paved its way to a trillion dollar Apple. A 10 Billion dollar revenue per quarter from services is adding petals to its already booming business.

Where it all Begin?

The now famous company had a modest start in a garage. Steve Jobs and Steve Wozniak and Ronald Wayne were three co-founders of Apple Inc. The company went public in 1980 after having an unbeaten run with Computer systems. 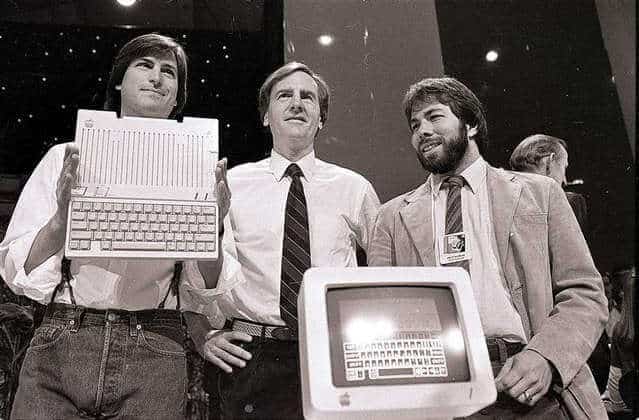 The modest garage-based startup initially built Mac computers. Later on, they went into smart devices and made way for App Economy.

Steve Jobs exited the company in the 1980’s only to return a decade later and saved the company from bankruptcy. The heroic return of  Steve Jobs leads the world to inventions of smart devices. The introduction of iPods in 2000 and iPhone in 2007 were world-changing events for the consumer markets. 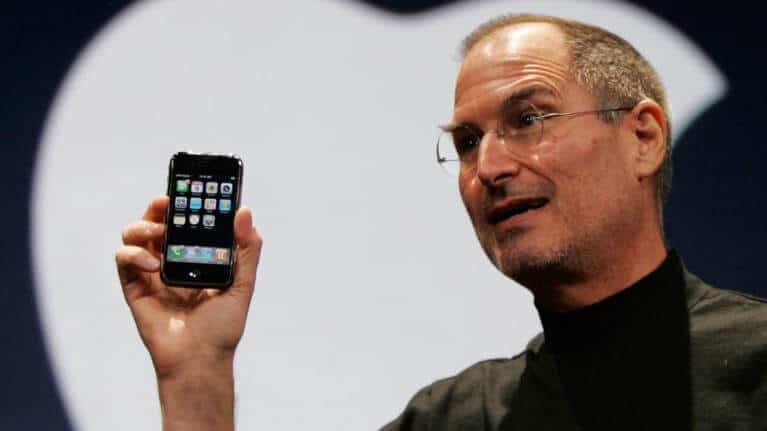 The first iPhone was launched in 2007.  There are more than One billion iPhone units sold worldwide. The valuation of Apple Inc. at that time was 100 billion. Since 2007 that time the share prices of Apple had surged over  1100%.  To explain if you invested 1000 $ in Apple 10 years ago it would have grown ten times at present.

Talking about numbers, the share prices surged over 50000% since the company got listed in 1980. Not just common man, iconic investor Warren buffet purchased 1.75 million additional shares of Apple inc recently.

The winning run of iPhones is still in charm with the latest editions of iPhone 8 and iPhone X.

The Apple App store changed the way people used mobile and other smart devices. The Term app economy denotes the contribution of Apple as a platform for the new tech industry. App development had been made prominent by Apple.

Over the years  Apple has grown its revenue from App store significantly. It has improved itself in charging money for music, applications, games, subscription and other services to people using its devices.

Raising money from Apps and App related services had played an important part in it touching the 1 billion mark. Jump in services like Apple pay and Apple music has been impressive.

So it’s not just about introducing new products but also delivering best from already existing services. In both, the corner apple is performing exceptionally well and highly profitable.

The Era of Tim Cook vs. Steve Jobs. 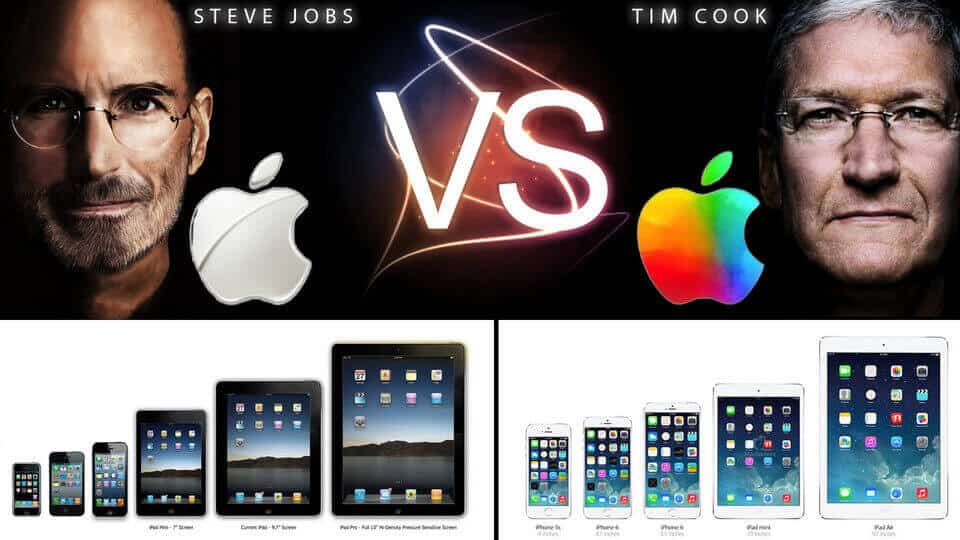 Tim cook officially joined as the CEO of Apple after the death of Mr. Steve jobs in 2011. Although, he was not able to replicate the vision of Mr. Jobs buy he kept the company high on the financial side.

Since the death of Job, Apple has not been able to bring any market disrupting device or technology. Although, it is still ahead of its competitor.

Jobs was with a vision of developing a computer that can run by human minds. Whereas, Cook is a perfect salesman and operations expert. Price surging of Apple iPhone by Tim Cook made way for the financial fortune for the company. On the contrary, Jobs was more focused on taking the technology to more and more people.

Is it a Cinderella story?

Can Apple maintain its winning streak at the stock market?

Apple is not likely to carry on its golden run avid to the threats from Chinese manufacturers. Chinese brands are threatening to curb market profits from Apple.

Alternatively, Apple may be able to achieve new success. The introduction of new iPhone and iPad may prove to be another triumph card for this silicon valley giant.

The iPhone market will generate around 250$ billion this year in revenue and 50$ billion in profit for the company. It is extraordinary to achieve such heights, but it will be more remarkable if they can maintain this trillion-dollar status.

READ MORE:  Mac Running Slow? Why and How to FIX it quickly?

The world of inventions is dynamic. Nokia was the market leader in 2005, and everyone knows where it is today. For Apple, the road is highly competitive. We may see more tech companies in the trillion dollar segment in coming years as a result of growing economies.

We can conclude that new age inventions, Quality services, transparent customer relations are what made Apple trillion dollar company. Everyone is watchful to how things can show up for Apple Inc. The future is fruitful for Apple and investors as for now.

If you are as excited about Apple devices as we are, make sure to comment to suggestions and discussion.